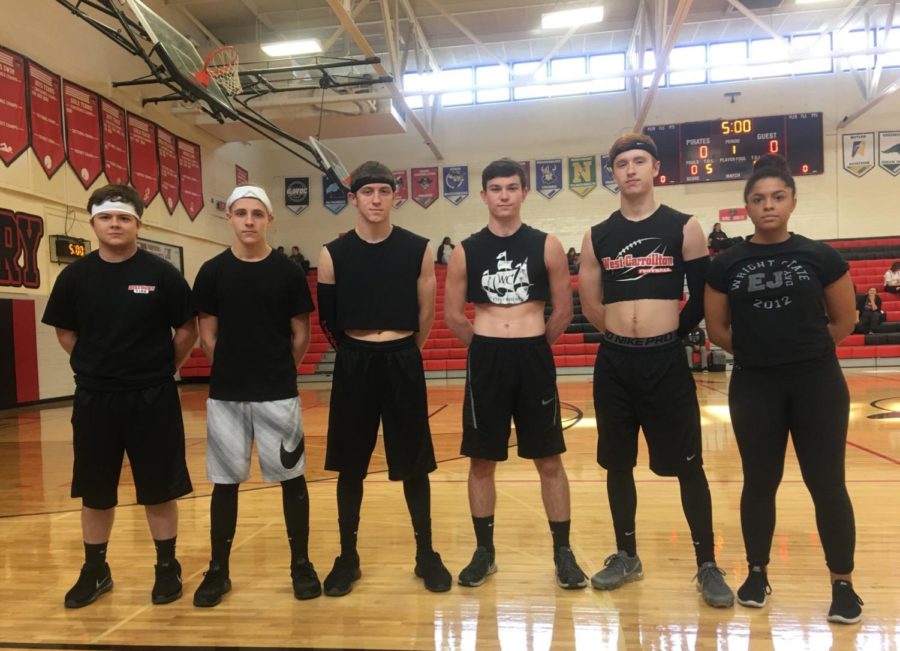 The school dress code is a policy that starts in middle school and continues when you enter high school. Wearing clothes against dress code will get you pulled out of class until your clothing changes. This could result in you missing the entire class, assignments, or even more than just one class period.

Seniors Brandon Grant, Tre Nixon and a few other senior boys on the day of the annual Dodgeball Game thought it would be funny to cut their shirts. It was funny, but it broke dress code. They cut their shirts into crop tops, which showed their midriffs. In the student handbook on page 38 and 39 it states that “Garments that are see-through, cut low or expose one’s midriff or undergarments are not acceptable.” So, why was it acceptable for a group of boys to wear crop tops, showing their midriff?

The portion of the dress code that prevents messages related to or promoting gangs, sex, drugs or violence is completely understandable. This dress code was enforced because parents don’t want their children to have violence influences and was “pushed to prevent the promotion of gang-related violence” in the 1990 according to the Anti-Defamation League’s website.

How would you feel if you and your teacher were wearing the same open-shoulder shirt? Embarrassing right? Even more embarrassing when you were written up for dress code, but she’s allowed to wear it because it’s somehow school appropriate on her and inappropriate on you? It doesn’t make sense, the shirt is exactly the same but one is on someone older while the other is younger.