WCHS students dance the night away to bangers at Homecoming 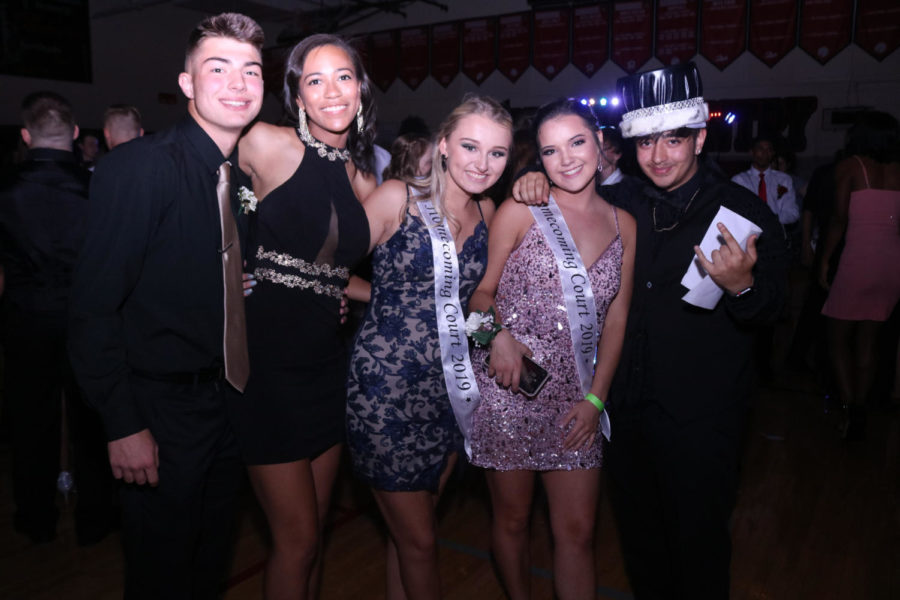 At the WCHS Homecoming dance on Oct. 5, students danced the night away in the school gym.  However, many students have suggestions on improving the music at Homecoming.

Senior Brookyln Cass and senior Sean Garvey said that some of the music is good, but they both think that there are still improvements that can be made.

The DJ at Homecoming allows student song requests, but Cass said she feels that “They just have the song request to feel like we have the power to choose a song.”

Garvey agreed that DJ need to use students songs suggestion in order to improve Homecoming.

Another question is “Should the music at Homecoming be age appropriate?” Cass replied with “We’re young adults, we should be able to listen to today’s hits.”

Cass doesn’t think a student DJ would be the solution and said “I feel like a student DJ will be peer-pressured to not follow school guidelines.”

There were many improvements that have been stated by the students for 2019, but it’s unknown if these suggestions will come into future Homecoming dances. Regardless, Cass said, “No matter what music is played, don’t let it ruin your fun. Homecoming is something you can only get in high school, so enjoy it!”

The music at this year’s dance was the same as any other year. They played “Cupid Shuffle” and “

Cha Slide.” Then occasionally they would play top hit music like “Old Town Road,” “Money In The Grave,” “Hot Girl Summer,” etc. Also there’s always slow, love songs like “Speechless” and “Stay With Me.” Overall, the music was not too bad. It was a good balance between different genres. However, I still noticed that the DJs didn’t take or look over all of the song requests.

It was freshman Zoie Mercado’s first Homecoming dance this year and her first impression on the music was that they could have played better music instead of playing rap music that no one likes.