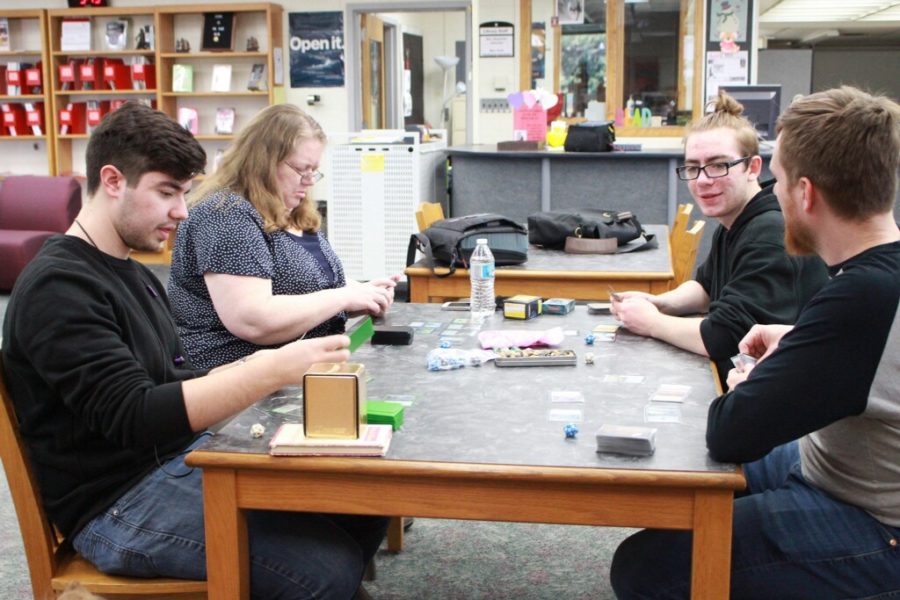 Art club adviser Mr. Matthew Reynolds is launching a Dungeons & Dragons  ̈(D&D)̈ event this month for the WCHS Game Club. He is teaming up with Dayton Metro Library’s new Gamer Guild, a group who loves all things tabletop games!

Mr. Reynolds said he wants this event to be about the students,  he believes D&D will strengthen student bonds.

Game Club members are also into the new idea. When asked what he was looking forward to most, senior Cameron Stricklin said, “ I’m excited to see what story Mr. Reynolds has to tell. I am also excited to just have fun!”

But surprise, surprise, Mr. Reynolds isn’t going to be DMing this event. (DM is short for Dungeon Master, they’re the “storyteller”). In fact, Mr. Reynolds is excited to see what stories the students come up with!

Mr. Reynolds also isn’t choosing the campaign story he’s hoping a student will step up to take the role. D&D doesn’t work with a lot of people, so he’s hoping for a party of four or five people.

“The more people there are the harder it is to play,” said Stricklin.

Mr. Reynolds is hoping to get more students involved, hoping they’ll engage with others. Stricklin also hopes to see more people show up. When asked do you think this will bring more attention to Game Club Stricklin says, “Yes, people who love D&D may start coming to Game Club!”

If you’re inexperienced in making a character, don’t worry there will be a character making session. For less experienced players you’ll be filling out a character sheet with all your “player” information.

This will also be an ongoing event all year for game club, every time a campaign ends, a new one can start! The event is scheduled to take place between Oct. 8 and Oct. 22.